Archibald Knox (9 April 1864 Cronkbourne near Tromode, Isle of Man - 22 February 1933 Braddan), was a Manx art nouveau designer of Scottish descent. Knox's father, William Knox, was living in Kilbirnie when he married Ann Carmichael from Lismore Island in 1853. They had moved to the Isle Of Man in 1856 with their firstborn, Robert where William "an exceptionally ingenious cabinet and machine-maker, joined Moore’s Tromode Works, makers of high quality herring nets and sailcloth." William's sister Margaret had been the first Knox to move to Man when she married a Manx fisherman, William Callister in 1856. William Knox later started his own firm "William Knox’s Engineering Works" and was joined in his enterprise by four of his sons - Archibald pursuing his own career in art. Besides running a successful steamboat and ferry business, the Knox family were pioneers in industrial electric lighting on Man and introduced the first motor car to the island. Archibald, the Knoxs' 5th child (and 5th son), started his schooling at St. Barnabas Elementary School, and later attended Douglas Grammar School and Douglas School of Art, developing a lifelong interest in Celtic art. His designs for Liberty's made him a household name, as did his watercolours, graphic designs and fonts. His design talent covered a wide range of objects, ornamental and utilitarian, and included silver and pewter tea sets, jewellery, inkwells, boxes, gravestones and even bank cheques, much for Liberty's Tudric (pewter) and Cymric (precious metals) ranges. The gravestone of Liberty's founder, Arthur Lasenby Liberty, was designed by Knox. In 1897 he started teaching at Redhill School of Art where his friend A.J.Collister was principal, leaving with him for the Kingston School of Art in 1899. In 1913 he spent a year in the USA, and on his return to Man acted as a censor of internees' letters during World War I. After the War he again took up teaching art at some of the Scottish schools. Knox died of heart failure in 1933 and was buried in Braddan Cemetery. To celebrate the 150th Anniversary of Knox's birth, the Isle of Man Post Office announced that they were issuing a set of 10 stamps featuring his designs, to be released on 4 April 2014. 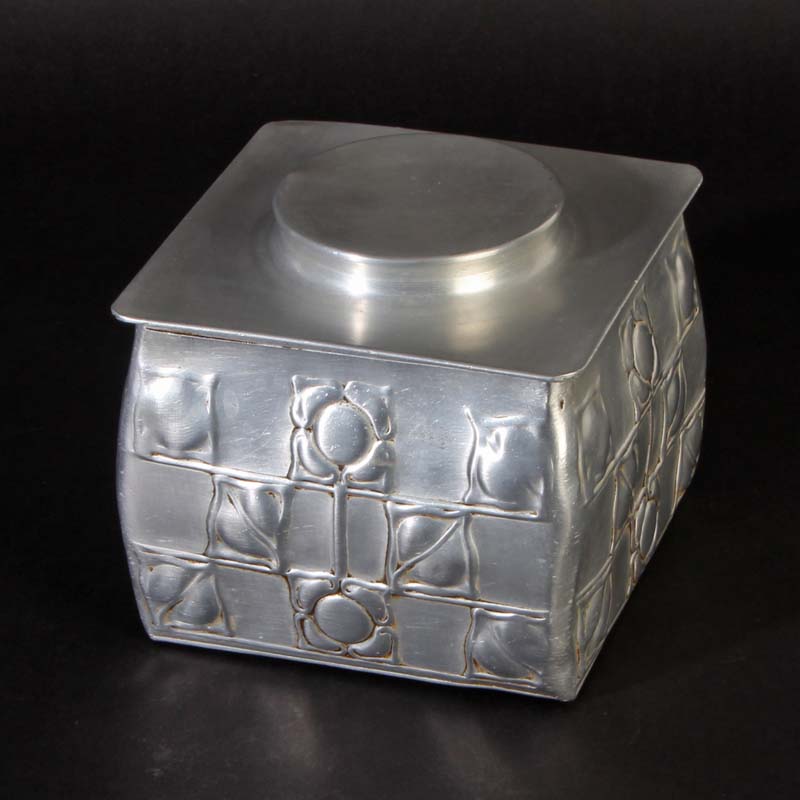